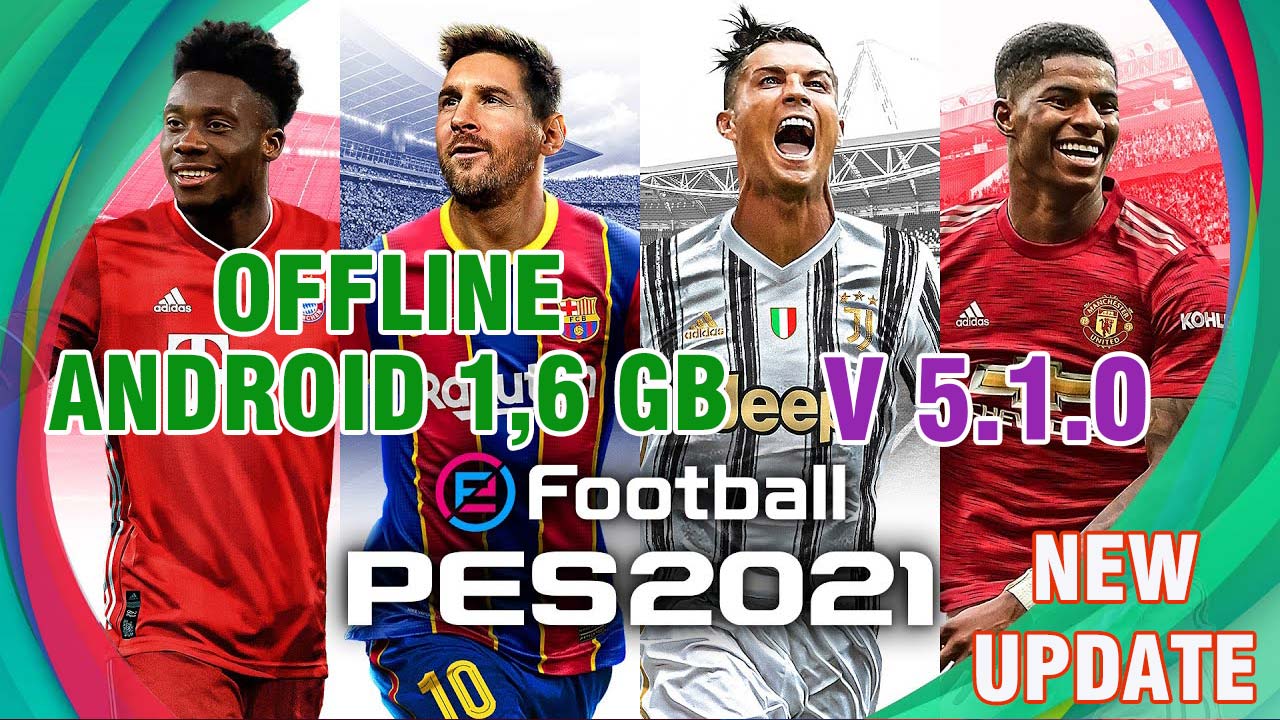 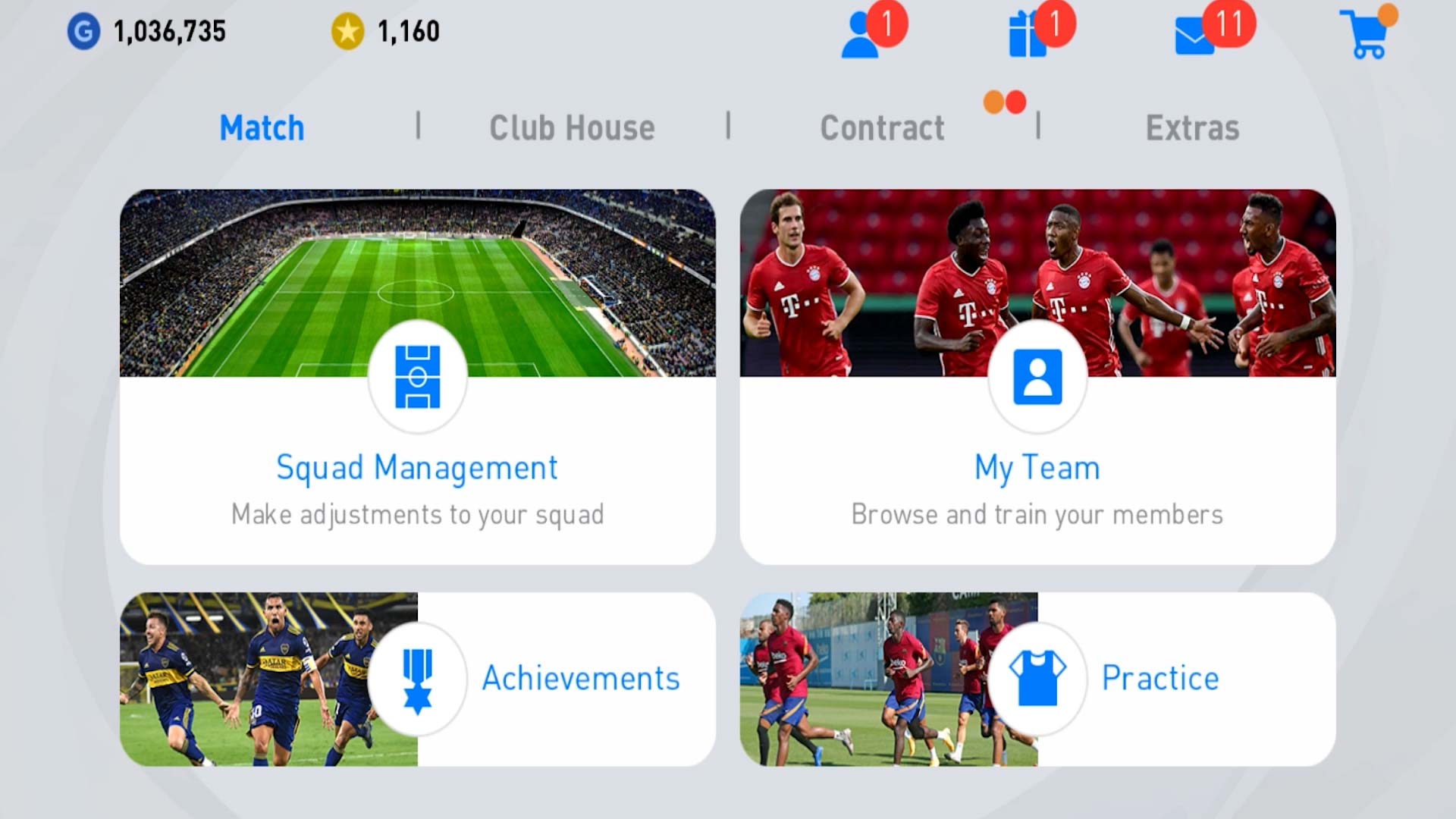 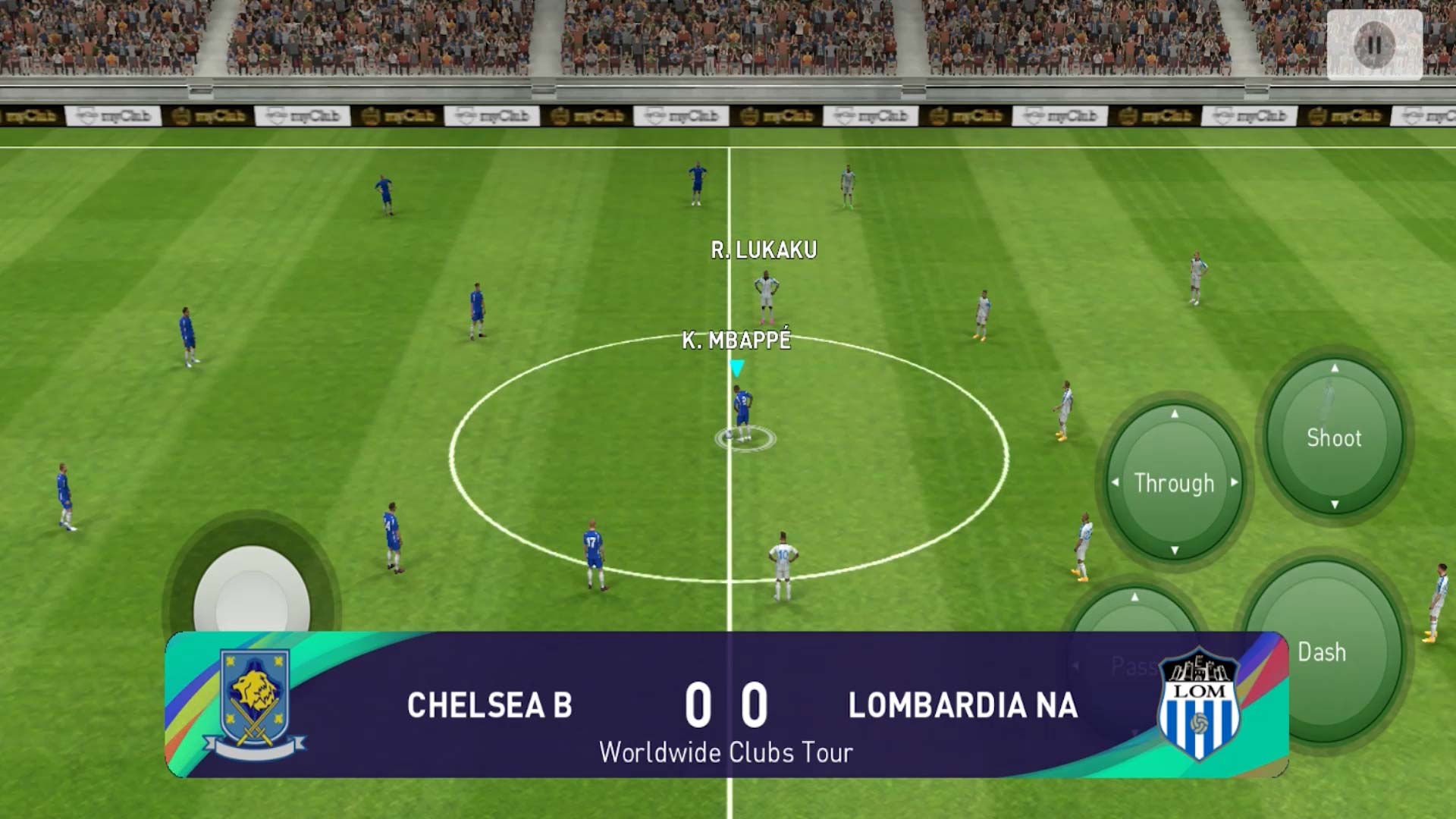 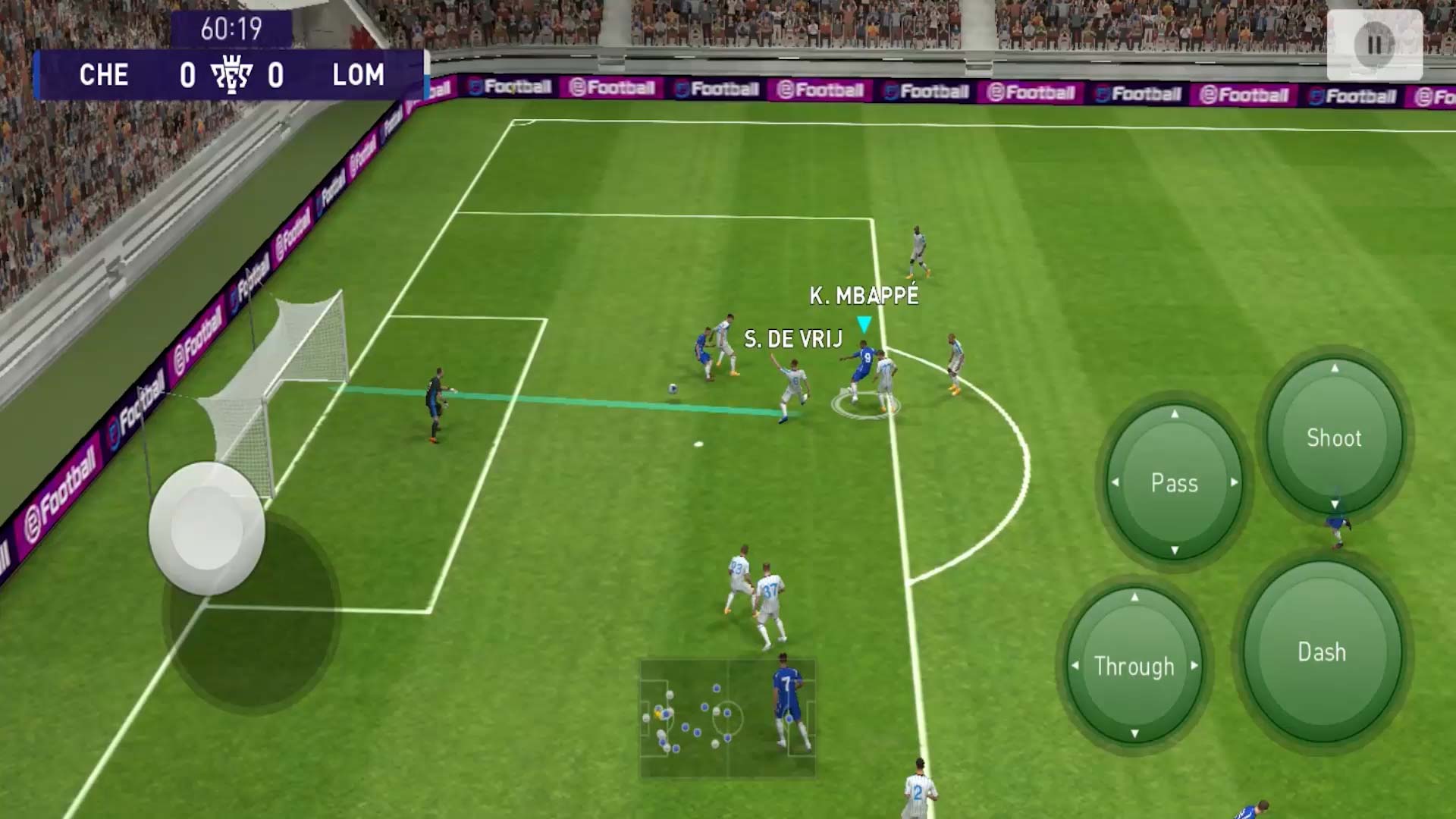 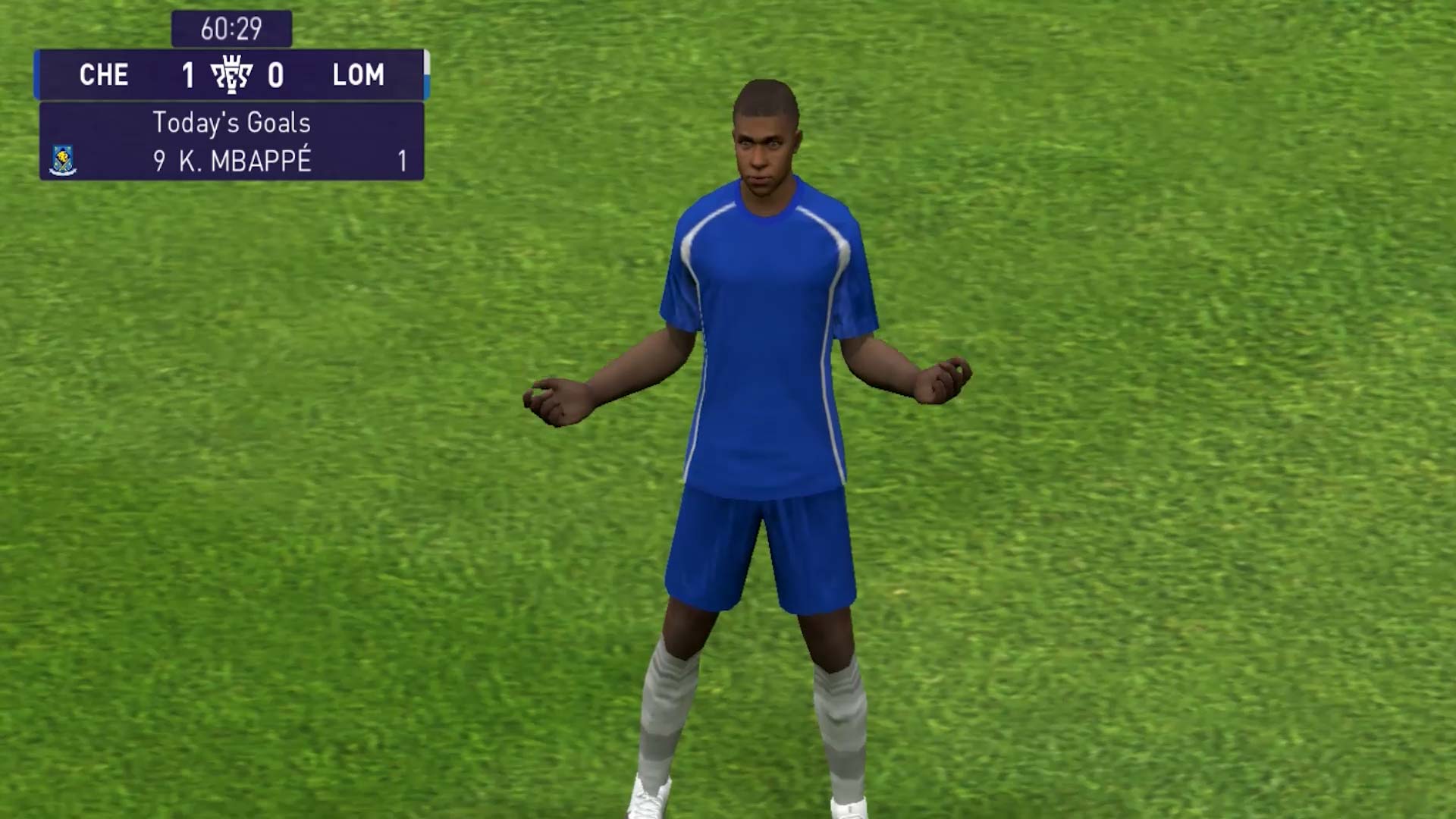 ■ Worldwide Clubs Challenge
Complete each challenge in this event to earn a “Gold Ball+“ Special Agent as a first-time reward!
Each challenge can be completed by earning a set number of points, regardless of whether you win or lose.
Stick it out till the very end to earn as many rewards as possible!
Period
25/01/2021 02:00 - 01/02/2021 01:59 (UTC)
Note:
*Event bonuses and event conditions are based on the most recent player data in the game.
*Only matches that finished during the event period are counted towards the rewards you can obtain.
*The event schedule and details are subject to change without prior warning.
*If any user is deemed to have breached the User Agreement, we will enact the appropriate measures as set out in the Agreement itself.
*Unscheduled maintenance may be held without prior notice to deal with urgent issues.
*New matches cannot be started from 15 minutes before maintenance is scheduled to begin.
*If maintenance is underway when a match ends, you may sometimes be unable to receive any rewards and the result may not be counted in your match records.
*Exact start and end times may be affected by maintenance.
■ Club Stars: Worldwide
Introducing a Box Draw Agent that can help sign 300 players from leagues all around the globe!
Now's your chance to pick up some international players to strengthen your squad!
Period
25/01/2021 02:00 - 28/01/2021 01:59 (UTC)
Note:
*Player and Club data are frequently synchronised with real world football through Live Updates. Due to how frequently these changes occur, we suggest you check each Agent's list of available players before use.
*Agents that have the same name as previously available Agents may not necessarily be able to sign the same players.
*All players in the Box have an equal probability of being obtained.
*If you are disconnected while the player signing animation is playing, you will still obtain a player according to the pre-set odds displayed in-game. You can check which players you've signed from [Club House] > [My Team] > [Players].
*Press the "Reset" button to restore the number of players in the Box to its default amount.
*Provided you do not reset, you will not obtain duplicate players from this Box Draw. However, you may obtain identical players to those you already own.
*Your progress in this Box Draw will not be carried over to any other Box Draws.
*Updates to the app or Live Update changes may affect (including increase, decrease, add or delete) the player data (player name, Overall Rating, appearance, position, stats, skills, tactics, league, team emblem, nationality/region, etc.) of players you have already signed.
*The popularity of players is subject to change depending on whether they were acquired before or after an update.
*You can check the list of "Available Players" by pressing the magnifying glass icon in the bottom-left of each agent's panel.
*League changes and licensing issues may result in players that you have already signed becoming unavailable in the game.
*Exact start and end times may be affected by maintenance.
■ New Big-Name European Club Licensing
In PES 2021, we've extended the list of top-flight European Clubs featuring as official PES Partners. In addition to FC Barcelona, we're proud to announce the addition of Manchester United, FC Bayern München, and Juventus - the latter of which are exclusive to PES this year.
We've also added a number of licenses from various club and national teams, including official leagues such as Italy's Serie A TIM and Serie BKT. You now have more options than ever before to build your team of international superstars.
■ Even More Legends
A number of new legends are set to join the ranks alongside all-time favorites Maradona, Batistuta, and Kahn, as well as exclusive legends like Beckham, Zico, and Totti.
■ Rare Featured Players
*Featured Players obtained in eFootball PES 2021 are only usable in eFootball PES 2021.
*In-game player club data is frequently synchronised with real world football data through PES Live Updates. Despite this fact, there is a chance that PES's club data is not entirely up to date. We therefore encourage you to check the [Available Players] for each Agent before attempting to obtain a player.
*The Trade feature allows you to exchange 3 copies of the same variation of a Featured Player. Differing variations of the same Featured Player cannot be traded.
*Different variations of the same Featured Player may also have different Popularity levels.
*Featured Player rarity and stats/abilities will not be altered by any updates or during maintenance.
*The Condition Rating for Featured Players is subject to change with each Live Update.
*Featured Player images are subject to change.
*All Featured Players are subject to postponement and/or cancellation without prior warning. Be sure to check the list of Available Players for each Agent before use.
*You may be unable to use certain players after signing them due to changes to actual league circumstances or licensing issues.

* REQUIREMENTS FOR PES 2021 GAME
- An Android smartphone
- OS: Android version 5.0 or later
- RAM” 2GB | Less can play, but must experience Lag
- Storage: 2GB needed.
=========================================
Copyright Disclaimer Under Section 107 of the Copyright Act 1976, allowance is made for "fair use" for purposes such as criticism, comment, news reporting, teaching, scholarship, and research. Fair use is a use permitted by copyright statute that might otherwise be infringing. Non-profit, educational or personal use tips the balance in favor of fair use.


Thank you for watching! MG29